The World First 600MW CFB Boiler has been Installed in China

Circulating fluidized bed (CFB) combustion technology has proven to be the most economical and flexible technology to utilize low-rank coal, waste from coal washing, biomass, and other forms of waste for large-scale power generation. Over the last 30 years, CFB combustion technology has developed rapidly in China as coal is the principal energy resource and most coal in China is of low quality. However, conventional CFB combustion has not achieved high efficiency (i.e., supercritical or ultra-supercritical operation), so there has been a strong push in China to improve CFB power generation efficiency, and thus unit capacity, by increasing the steam parameters (i.e., temperature pressure). The most recent major achievement for CFB power development in China is the demonstration of a 600-MW supercritical CFB (SC CFB) power plant at the Baima power plant. This facility boasts the world’s largest capacity CFB boiler with SC steam parameters. We have been concerned about the industry dynamics , and sent a team of experts to study the world first 600MW CFB boiler’s technology at the first time. 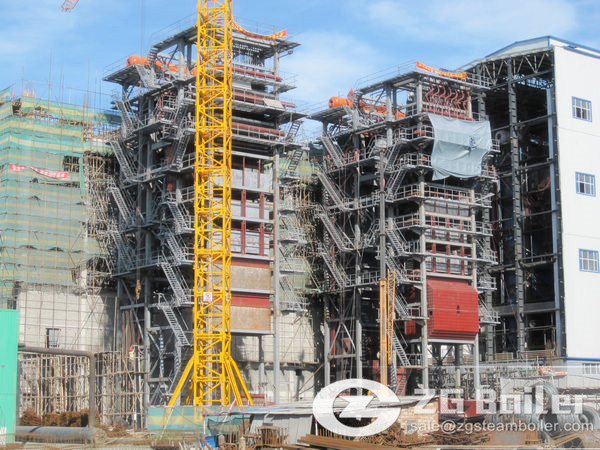 DEMONSTRATING THE 600-MW SC CFB
Based on this extensive research, the conceptual design of a 600-MW SC CFB boiler was completed by Harbin Boiler Co., Ltd., Shanghai Boiler Co., Ltd., and Zhengzhou Boiler Co., Ltd. by the end of 2005. In 2007, the demonstration of the 600-MW SC CFB at the Baima power plant in Sichuan was approved by NDRC. The investment in the demonstration project was around 3.3 billion RMB (2015US$530 million). In 2009 Dongfang Boiler Co., Ltd. was selected to be the boiler supplier.
OPERATING PERFORMANCE
In 2011, the engineering for the demonstration project was authorized by NDRC. The erection and commission of the 600-MW SC CFB boiler was finalized by the end of 2012. On 14 April 2013, the unit passed a 168-hr full load test.
The boiler was transitioned to commercial operation upon successful completion of the full-load test. After a year of commercial operation, a boiler performance test was conducted in May 2014. From now on, the world first 600MW CFB boiler has been installed in China. It become the proud of Chinese.