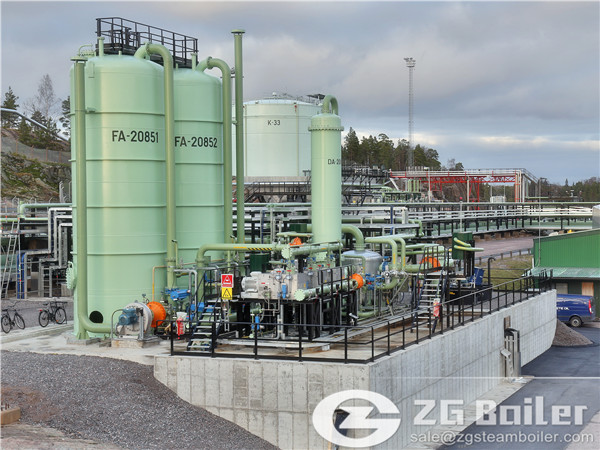 ZG semi-automated biomass heating boiler systems require somewhat more manpower than the fully automated system. Bureau of finance has installed a semi-automated system to handle the base heat load for four buildings about 100,000 square feet, with a 1.2 million BTU per hour output. This system has a smaller storage bin, shorter, simpler biomass fuel conveyance system, and is designed to meet less than the full heat load of the facility. The rationale behind this is that wood fired boilers operate most efficiently when they are working hard, and that the peak heat load in our region is significantly higher than the load required on most days of the year. The peak load may only be required on one or two days of the year, and sizing a semi-automated biomass boiler to meet the peak would necessarily compromise its efficiency for the majority of the time it is in use. 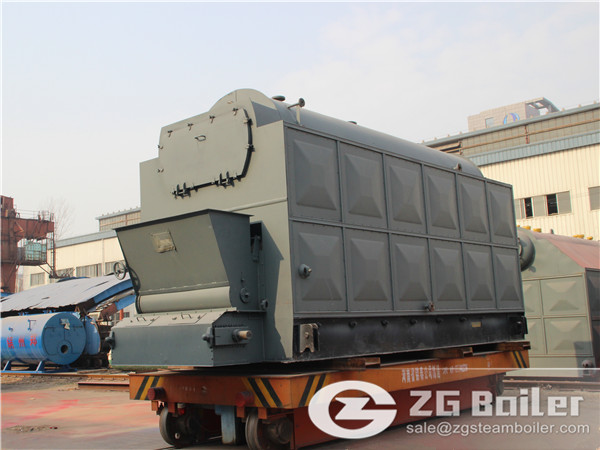 Bureau of finance has a small bin that holds about 5-6 tons of biomass fuel, which was designed to hold enough to keep the biomass boiler running in low fire mode over a long holiday weekend covering several of the coldest days of the year, to avoid requiring maintenance attention. Adjacent to the small "surge bin" is a larger storage area, which holds about one chip van load or 25-30 tons of biomass fuel. The facilities manager must use a small front-end loader to transport the biomass fuel from the garage style storage area to the surge bin about once a week on average. The smaller, simpler surge bin system cost about 2/3 of the fully automated version ($455,000 versus $650,000+, which is the cost of a Darby-sized project without the underground piping integration costs incurred at Darby), even if the cost of the front-end loader is included in the cost of the surge bin system. We are monitoring the operations and maintenance time required with this system to better determine the economic tradeoffs in fuel savings, up-front cost savings, and personnel costs of operation. We suspect that surge bin systems are most appropriate for facilities in the range of 25,000 to 100,000 square feet. In retrospect, if we had used smaller, surge bin systems at Phillipsburg and Victor, the economics of those projects would have been much more favorable in that they would have been able to pay the systems off with savings in a very short time frame. Thus, smaller less expensive systems help make more biomass installations possible by improving the payback and reducing the initial cost, as well as helping us stretch our grant dollars further for the brief time they are available.