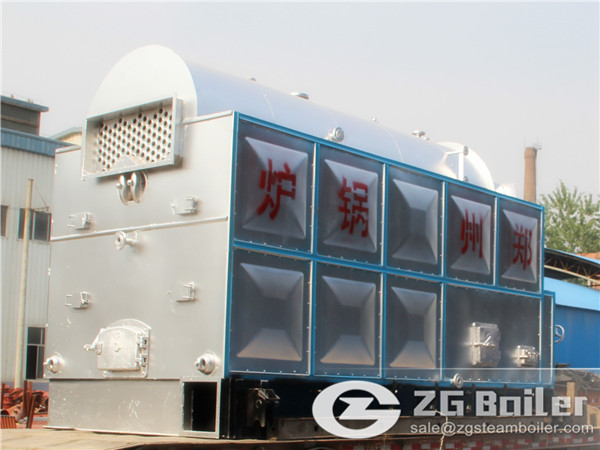 How is 3 MW coal fired boiler Converted coal to Electricity?
Steam coal, also known as thermal coal, is used in power stations to generate electricity.
Coal is first milled to a fine powder, which increases the surface area and allows it to burn more quickly. In these pulverised coal combustion (PCC) systems, the powdered coal is blown into the combustion chamber of a 3 MW coal fired boiler where it is burnt at high temperature (see diagram below). The hot gases and heat energy produced converts water – in tubes lining the boiler – into steam.
The high pressure steam is passed into a turbine containing thousands of propeller-like blades. The steam pushes these blades causing the turbine shaft to rotate at high speed. A generator is mounted at one end of the turbine shaft and consists of carefully wound wire coils. Electricity is generated when these are rapidly rotated in a strong magnetic field. After passing through the turbine, the steam is condensed and returned to the coal fired boiler of 3 MW to be heated once again.
The electricity generated is transformed into the higher voltages (up to 400,000 volts) used for economic, efficient transmission via power line grids. When it nears the point of consumption, such as our homes, the electricity is transformed down to the safer 100-250 voltage systems used in the domestic market.
Improving the efficiency of pulverised coal fired power plant boiler has been the focus of considerable efforts by the coal industry. There is huge scope for achieving significant efficiency improvements as the existing fleet of power plants are replaced over the next 10-20 years with new, higher efficiency supercritical and ultra-supercritical plants and through the wider use of Integrated Gasification Combined Cycle (IGCC) systems for electricity generation.